The Codomat is a code generator which makes developing server-side systems
(also called APIs or backends) as simple as possible. 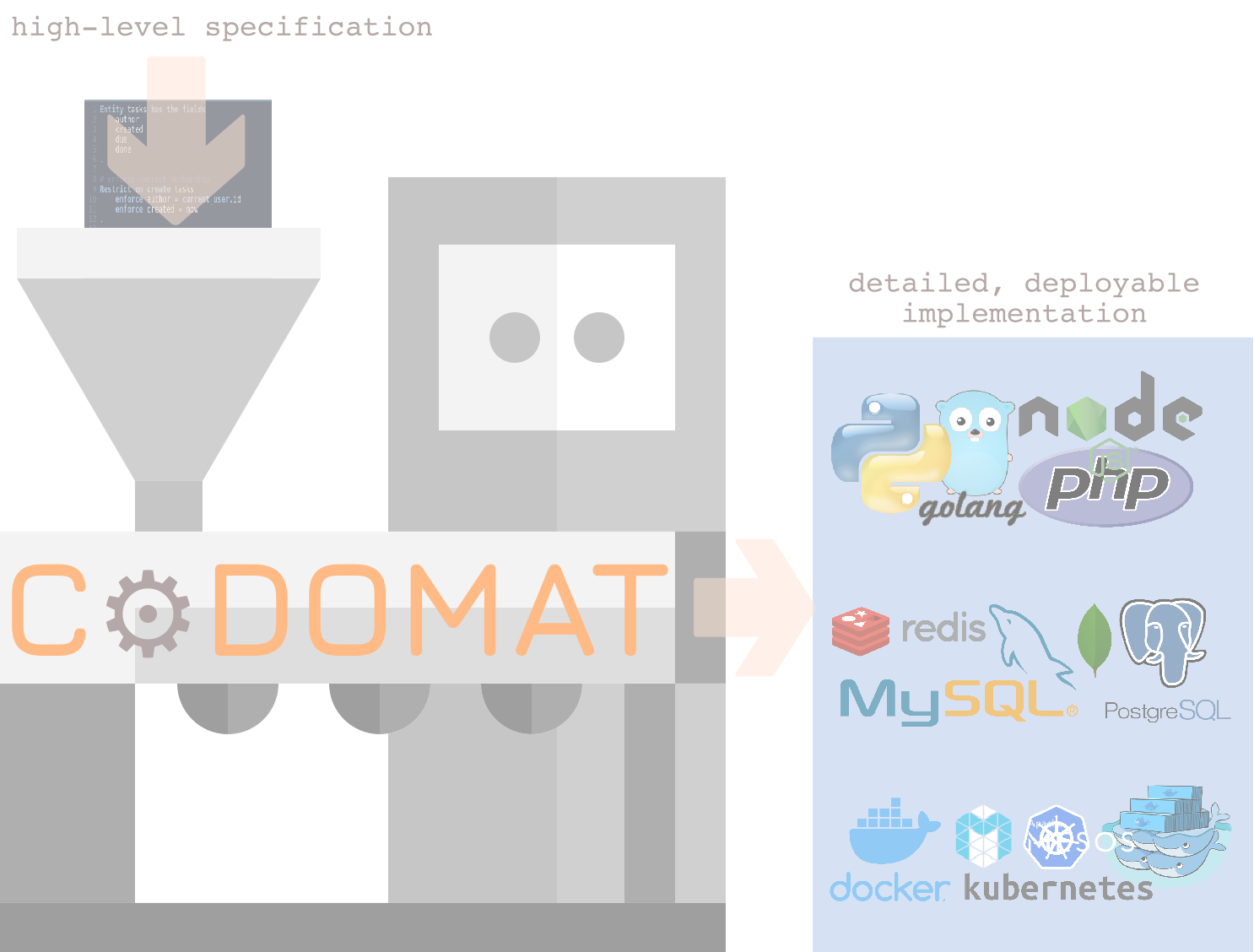 There are many visual tools to develop the frontend without much coding, what about the backend?
This is where the Codomat shines!

As input, the Codomat takes a specification where you describe your system on a high level.
The output is a documented code package with detailed implementation of your specification.

The Codomat expects a high level description of your system.
The system is described in terms of entities & rules for accessing them.
This is a specification of a multi-user todo list app (in less than 20 lines). 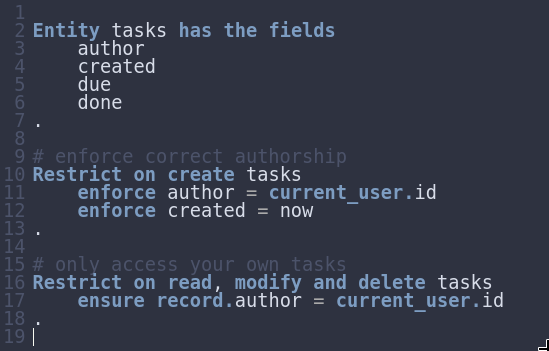 and bring your next project to life!
app.codoma.tech

What is the Codomat? How can it help me?

The Codomat is conceptually a code machine: you describe your system's
backend in a simple format (your system specification) and turn this specification in
to the Codomat, which in turn gives you a detailed software package you can use right away.

Specification? Isn't this yet another programming language?

Technically yes, the Codomat specification is a programming language.
We don't know of another language though where you can describe a TODO app in <20 lines
and a social network in 40 lines. Accessibility and simplicity are not to be underrated.

Why a textual specification? Why not graphical?

Building your app graphically requires a large library of components
or modules, ultimately leading to a complex, albeit visual language.
On the other hand, the design of the Codomat follows the rule
of least power: the specification language is as small as it
gets while still capable of describing complete backends.
The resulting clarity and ease of learning outweighs the
ability to design your app’s logic visually.

Does the Codomat replace human developers?

The Codomat is not meant to replace human expertise, it rather accomplishes
the initial, usually mundane stages of development in a fraction of the time
traditionally required. This frees up experts to focus on the aspects where
human innovation is needed most.